'The world is fast approaching a crossroads on antimicrobial resistance (AMR). If we don’t all take sufficient action now, as nations, organisations, and individuals, we risk losing one of the greatest achievements of modern medicine — one that we all take for granted.

Innovation is key to tackling AMR and there are fantastic examples of this happening in communities all around the world, some of which will be showcased at the Call to Action event. We must find a way to unite, to learn from one another and scale-up these ideas to address the global threat of AMR. I call upon leaders at the second Call to Action to build upon the momentum generated and continue working towards a unified, global response.'

“Nature can provide great templates and models for the development of new drugs against these hard-to-kill bacteria,” said Monique van Hoek, a professor with Mason’s National Center for Biodefense and Infectious Diseases, who along with chemistry professor Barney Bishop founded Antimicrobial Discovery Research in the College of Science, George Mason University, Virginia. 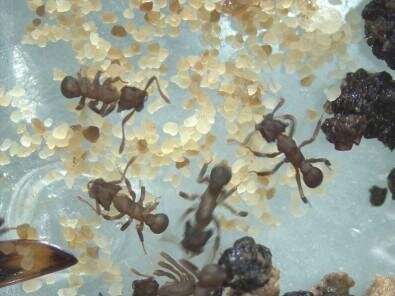 5th April 2019. Karina Toledo FAPESP.  https://phys.org/news/2019-04-compound-drug-resistant-fungi-isolated-ant.html
Credit: Weilan Melo, Taise Fukuda & Camila Pereira. Fungus-growing ants of the genus Cyphomyrmex.
Many antibiotics originate from compounds produced by bacteria found in soil. Most of these bacteria belong to the genus Streptomyces. The researchers behind this innovative programme decided to investigate this same group of filamentous bacteria in insect bodies. Their hypothesis was that if the bacteria help insects defend against pathogens, they might play the same role in humans.  "Soil was thoroughly explored at the time the first antibiotics were discovered and produced.  We wanted to find a new ecological niche. We set out to confirm whether evolutionary pressure made the bacteria hosted by insects even more effective against pathogens."  The aim was to isolate bacteria that live in symbiosis with leaf-cutting ants of the genus Atta and to look for natural compounds with the potential to yield new drugs. Research group led by Monica Tallarico Pupo, Professor of Medicinal Chemistry at the University of São Paulo's Ribeirão Preto School of Pharmaceutical Sciences (FCFRP-USP), and Jon Clardy, Professor of Biological Chemistry and Molecular Pharmacology at Harvard Medical School

>Fish slime: An answer to antibiotic resistance?  BIOL 99: Diving into the Pacific fish microbiome: Exploration of antibiotics in a unique ecosystem 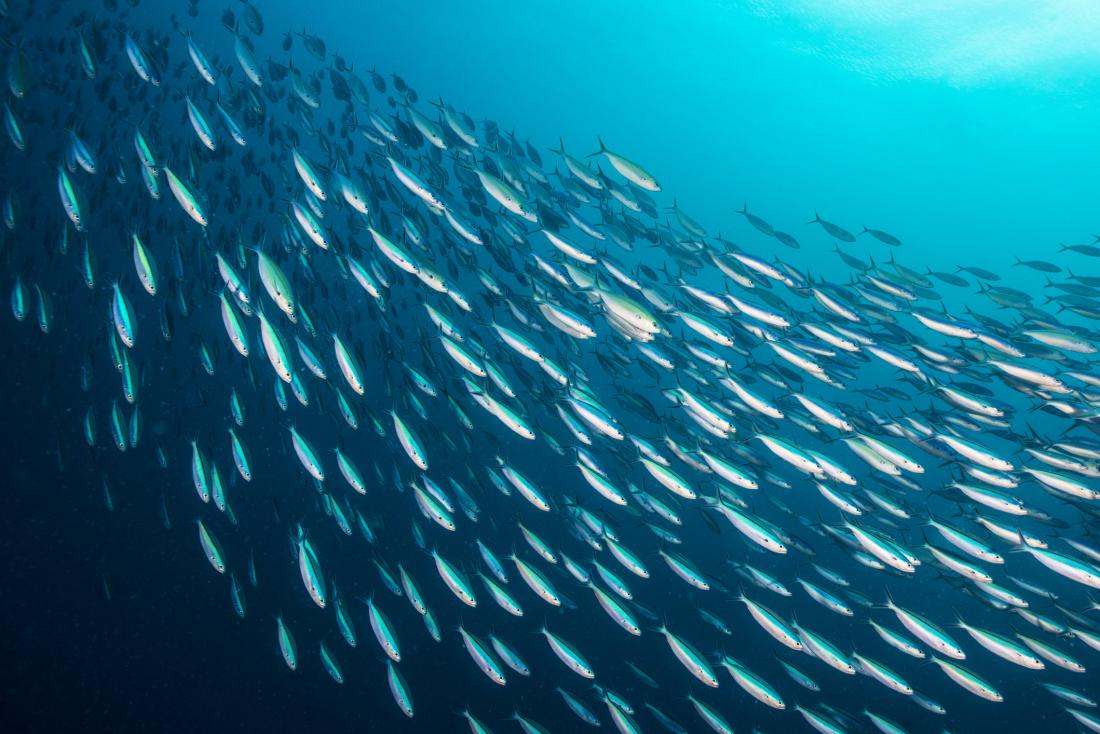 In the race to combat antibiotic/antimicrobial resistance, scientists are exploring innovative pathways and environments as they search for new antibiotics.  A recent study investigates whether the slimy coating of fish could have antibiotic powers. Researchers from Oregon State University in Corvallis and California State University in Fullerton led the most recent foray into unexplored reservoirs of bacteria, concentrating their attention on the protective slime, or mucus, that coats fish.

This gloopy coating is of great use to fish because it traps and destroys pathogens in the environment, such as bacteria, fungi, and viruses. The slime contains novel polysaccharides and peptides, some of which have antibacterial activity.

One of the researchers, Molly Austin, explains that fish mucus is particularly interesting because fish are in constant contact with a complex environment that is dense with potential microbial enemies.

As the authors write, "fish cohabitate with a multitude of bacteria and viruses but often resist deadly infections." It is worth finding out whether fish's protective mechanisms might also protect humans. The marine environment remains relatively unstudied, according to the principal investigator Sandra Loesgen, Ph.D., "For us, any microbe in the marine environment that could provide a new compound is worth exploring." Erin (Misty) Paig-Tran, Ph.D., who is from California State University, supplied the scientists with fish mucus from both bottom-dwelling and surface-dwelling fish off the coast of California.

The team chose to focus on younger fish because they tend to have thicker mucus layers. The extra mucus is necessary because their immune systems are relatively undeveloped, which means that they need additional protection.

>World Economic Forum: Scientists are looking to insects for the next blockbuster medicine

February 1, 2019 By Eric Hamilton For news media Source: University of Wisconsin-Madison Summary: The largest and most thorough study to assess insect-associated microbes for antibiotic activity to date has found that insect-borne microbes often outperformed soil bacteria in stopping some of the most common and dangerous antibiotic-resistant pathogens.

An exhaustive search of microbes from more than 1,400 insects collected from diverse environments across North and South America found that the same class of bacteria that gave us many of our antibiotics, known as Streptomyces, makes a home not just in the soil but all over, including on insects. 50,000 trials tested each microbe's ability to inhibit the growth of 24 different bacteria and fungi, many of which, like methicillin-resistant Staphylococcus aureus, better known as MRSA, pose serious threats to human health. A greater proportion of insect-associated microbes were able to inhibit the growth of these bacterial or fungal targets than were microbes isolated from soil or plants.

A new antibiotic from a Brazilian fungus-farming ant, was discovered. Named Cyphomycin, it was found effective in lab tests against fungi resistant to most other antibiotics and combatted fungal infections without causing toxic side effects in a mouse model. The researchers have submitted a patent based on cyphomycin because of its effectiveness in these early tests, setting up the team to begin to do the significant additional work required before cyphomycin could be developed into a new drug used in the clinic. The work was published Jan. 31 in the journal Nature Communications. Download report pdf.

This innovative project explored a unique physical means to combat biomaterial-associated bacterial infections, utilising novel surfaces that kill bacteria with nanospikes, that resemble the nanotextured surfaces found on cicada wings in nature and have already been shown to be effective at killing certain bacteria by us.

>US Researchers discover a strong anti-bacterial in blood molecule of Komodo dragon.

08 November 2017.   https://cos.gmu.edu/blog/2017/02/mason-researchers-create-a-bioprospecting-tool-to-hunt-for-komodo-dragon-peptides/#.W7EiDLxKhnw
A research team at George Mason University, Virginia’s largest public research university,  has identified a molecule with antibacterial properties in the blood of the Komodo dragon. The federal government’s Defense Threat Reduction Agency (DTRA) funded the research with a $7.57 million contract for the George Mason team to analyze peptides used by such “extreme animals” as Komodo dragons and American alligators to defend against infection, potentially leading to new drugs and strategies to fight infection and protect the warfighter from bacterial bioweapons. These evolutionarily ancient reptiles could be a new source for antibiotics—they dine on carrion and live in bacteria-rich environments but rarely fall ill.

https://www.youtube.com/watch?time_continue=961&v=bK4E7sKjOHg
Dr. Monique van Hoek is a scientist in search of interesting and useful problems. Using her training in biochemistry (UVIC, BSc, 1990) and microbiology (UVA, PhD, 1997), combined with her experience in industry, she is currently seeking new approaches to antibiotics in the face of the impending crisis of antibiotic resistance. She has spent the last several years focused on bacterial biofilms, the "resistance cloaks" produced by many bacteria, and has developed several compounds that can disrupt these biofilms. This talk describes the current status of antibiotics, and how we can look to our reptile cousins for solutions to the rising problem.

Published on 27 Mar 2015. http://www.pbs.org/newshour/bb/armor-...
Do sharks offer a key to fighting deadly bacteria? The White House unveiled a new campaign Friday to contain drug-resistant bacteria known as “superbugs,” and one of the unlikely resources that researchers are turning to is shark skin. Hari Sreenivasan reports.

https://matokeholdings.com/wp-content/uploads/2017/10/Lords-Science-and-Technology-Committee-Press-Release-18.10.17.pdf
Matoke Holdings has called on Government to provide a fast-track process to get new drugs to market to combat the global threat of antimicrobial resistance (AMR), at a meeting of key parliamentarians. Representing small and medium-sized companies, Ian Staples, Chief Executive of British biotech Matoke Holdings, called on the House of Lords Science and Technology Committee to help ensure that life-saving drugs can get through the regulatory process faster. The Committee was taking evidence as part of its ‘Life Sciences and the Industrial Strategy’ inquiry.

Commenting on Sir John Bell’s recent Life Sciences Strategy – a landmark deal for the life sciences sector – Staples said the plan must go further to provide end-to-end support through the regulatory process, from the laboratory to the NHS, for small biotech firms. He added that the costs and timescales involved in completing the regulatory process represent a significant barrier to innovation.

Staples outlined to the Committee the challenges faced by SMEs in bringing much needed innovative technology through the regulatory process to the market to tackle AMR. The regulatory challenge contributes to a significant gap between the antimicrobial pipeline and health needs: there are around only 17 SMEs currently working on developing new drugs to combat antimicrobial resistance in the UK and there have been no new antibiotics for the last 30 years. 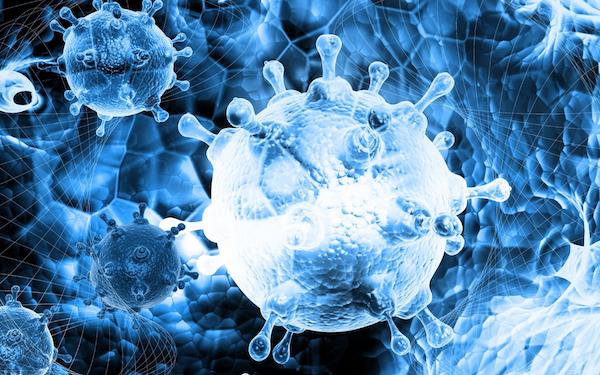 “Antimicrobial resistance is a global crisis, and more must be done to get new antibiotics quickly and effectively through the regulatory process to tackle this.

The Government must take action to ensure clear pathways for small innovative British businesses to bring life-saving treatments out of the laboratory and into the NHS.   The costs and timescales involved in completing the regulatory process represent a significant barrier to innovation.”

http://china-uk-amr.meeting-mojo.com/
The Department of Health – working in collaboration with Innovate UK – is to invest up to £10 million of Official Development Assistance (ODA) funding in bilateral R&D projects between the UK and China which address the growing threat of antimicrobial resistance.

The Chinese Ministry of Science and Technology (MoST) will invest up to 60 million RMB to fund the Chinese partners.

https://vimeo.com/270109700
A global innovation Foundation seeking and backing new ideas to tackle the big challenges of our time from the pressures of an ageing population to stretched public services and a fast changing jobs market. By 2021 Nesta will have…Enabled the development of a rapid, accurate, safe and affordable point-of-care diagnostic test that can reduce inappropriate antibiotic use globally.

Posted on 2nd May 2018 by:Phil Packer,  Blog on the work of Innovate UK. Contributors are Innovate UK staff and our wider family, partners and experts from the world of innovation.

Of course, it is a myth that ostriches bury their heads in the ground at the sign of danger. Rather they stand and face it head on.

We need to act now

It is estimated that over 700,000 people die each year across the world from drug resistant infections. By 2050 this will be 10,000,000.  Without effective antimicrobials for prevention and treatment of infections, medical procedures such as organ transplantation, cancer chemotherapy, diabetes management and major surgery become very high risk. In the UK, sepsis (caused by bacterial infection) causes over 44,000 deaths each year; more than from lung cancer (35,000) and bowel cancer (16,000). Many of these sepsis deaths are due to untreatable antibiotic resistant infections. If there were no new antibiotics, then any infection becomes untreatable.

Innovate UK works with people, companies and partner organisations to find and drive the science and technology innovations that will grow the UK economy. They drive growth by working with companies to de-risk, enable and support innovation.